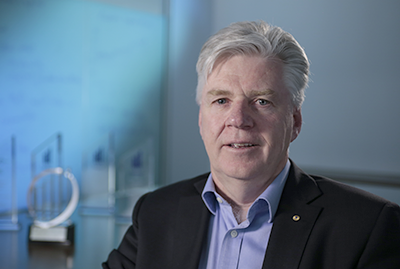 Mike Aitken, a university professor, whose fraud-detection computer program has revolutionised the world’s financial markets and won the Prime Minister’s Innovation Prize, has a bigger goal in sight – creating a financial market on your phone.

Professor Michael Aitken and his team created the SMARTS system, which catches insider trading and market manipulation around the world with such success it was sold in 2010 for $90 million to the world’s largest exchange company, the US-based Nasdaq.

That sale helped fund a new generation of research entrepreneurs under Professor Aitken’s Capital Markets Cooperative Research Centre, which is using the same technology to pick up fraud, abuse, waste and over-servicing in the health and mortgage industries.

Forget about Bitcoin and Blockchain, digi.cash is an actual digital currency on your phone, rather than a ledger of credits and debits held elsewhere.

“This is probably worth 100 times SMARTS,” he said.

Launched in August 2016 with digital Australian dollars available through Apple App Store or Google Play, digi.cash is essentially an electronic banknote kept on your phone or computer and is based on cryptographic work from the 1980s.

“We’ve got the real cash on your phone, so it’s a digital token,” Professor Aitken said.